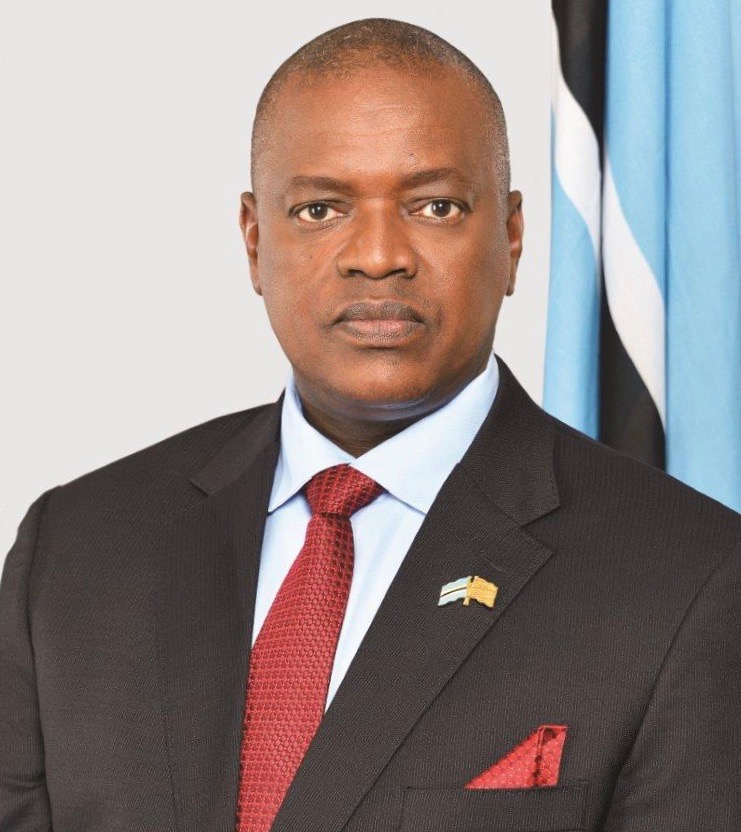 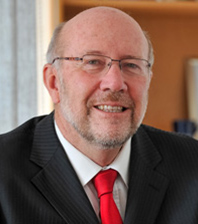 Until recently Rob held the position of Group Executive: Nuclear at the Aveng Group. Prior to joining Aveng, Rob was Chief Executive Officer of the South African Nuclear Energy Corporation (Necsa), South Africa’s foremost nuclear technology company. He held this position from 2006 to 2012. Before joining Necsa, Rob was Director-General of the Department of Science and Technology, from 1999 to 2006. Rob has also been a Professor of Physics at both the University of Pretoria and the University of South Africa and served on the Council of the Academy of Sciences of South Africa. He is currently a member of the Human Resource Development Council chaired by Deputy President David Mabuza and has chaired or served on numerous Boards and Councils over the course of his career. 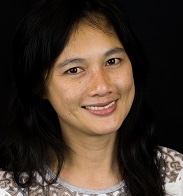 Dr Phaik Yeong Cheah (BPharm, MSc (Bioethics), PhD) is an Associate Professor at University of Oxford. Since 2015, she has been the Head of Bioethics & Engagement at the Mahidol Oxford Tropical Medicine Research Unit (MORU) based in Bangkok, Thailand. She is also the coordinator of MORU’s Data Access Committee. Her research interests are ethics of conducting health research in low-resources settings, data sharing and the interplay between ethics and community engagement.

In 2015, she led the writing of MORU’s Data Sharing Policy (http://www.tropmedres.ac/data-sharing) and set up the Data Access Committee . She has also published studies on sharing of data generated in low- and middle-income settings. Before taking on the role as head of Bioethics & Engagement, she was the Head of Clinical Trials Support Group (CTSG) at MORU. She set up a data management team within CTSG. The team which has grown from strength to strength, now routinely takes the lead of the data management lifecycle activities from data collection tools development to execution and supervision of data management plans.

Before moving to Bangkok, she worked at the Clinical Trials & Research Governance office in Oxford. Phaik Yeong started working in clinical trials in 1998 when she started her PhD work on chronic prostatitis in Penang, Malaysia. 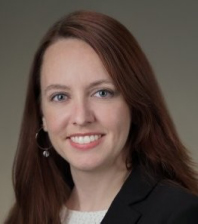 Lisa Federer is the Data Science and Open Science Librarian at the National Library of Medicine (NLM), where she works on issues related to workforce development in data science and open science. Prior to joining NLM, she was the Research Data Informationist at the National Institutes of Health Library and initiated their Data Services program. She edited the Medical Library Association Guide to Data Management for Librarians and is active in MLA, currently chairing the Information Management Curriculum Committee and serving on the editorial board of JMLA. She is a PhD candidate at the University of Maryland’s iSchool, with research focusing on metrics for quantifying and evaluating reuse of shared research data. 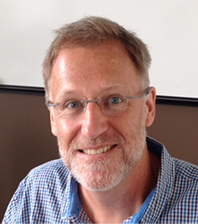 Ian Foster is Distinguished Fellow and Director of the Data Science and Learning Division at Argonne National Laboratory. He is also the Arthur Holly Compton Distinguished Service Professor of Computer Science at the University of Chicago. Ian received a BSc (Hons I) degree from the University of Canterbury, New Zealand, and a PhD from Imperial College, United Kingdom, both in computer science. His research deals with distributed, parallel, and data-intensive computing technologies, and innovative applications of those technologies to scientific problems in such domains as materials science, climate change, and biomedicine. His Globus software is widely used in national and international cyberinfrastructures. Foster is a fellow of the American Association for the Advancement of Science, Association for Computing Machinery, and British Computer Society. His awards include the Global Information Infrastructure Next Generation award, the British Computer Society’s Lovelace Medal, the IEEE’s Kanai award, and honorary doctorates from the University of Canterbury, New Zealand, and the Mexican Center for Research and Advanced Studies of the National Polytechnic Institute (CINVESTAV). He co-founded Univa, Inc., a company established to deliver grid and cloud computing solutions, and Praedictus Climate Solutions, which combines data science and high performance computing for quantitative agricultural forecasting. 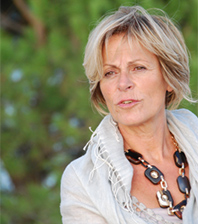 Fosca Giannotti
Research at the Information Science and Technology Institute

Fosca Giannotti is Director of Research at the Information Science and Technology Institute “A. Faedo” of the National Research Council, Pisa, Italy. Fosca Giannotti is a scientist in Data mining and Machine Learning and Big Data Analytics. Fosca leads the Pisa KDD Lab – Knowledge Discovery and Data Mining Laboratory http://kdd.isti.cnr.it, a joint research initiative of the University of Pisa and ISTI-CNR, founded in 1994 as one of the earliest research lab centered on data mining. Fosca’s research focus is on social mining from big data:  human dynamics, social  networks,  diffusion of innovation,  privacy enhancing technology and explainable AI. She has coordinated tens of research projects and industrial collaborations. Fosca is now the coordinator of SoBigData, the European research infrastructure on Big Data Analytics and Social Mining, an ecosystem of ten cutting edge European research centres providing an open platform for interdisciplinary data science and data-driven innovation http://www.sobigdata.eu. In 2012-2015 Fosca has been general chair of Steering board of ECML-PKDD (European conference on Machine Learning) and is currently member of the steering committee EuADS (European Association on Data Science) and on the Italian Lab. of Artificial Intelligence and Autonomous Systems. 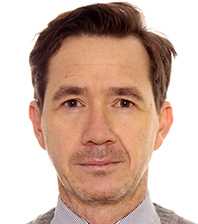 Dr. Jörg Helmschrot holds a diploma degree in geography, geology and urban planning from the University of Jena in 1999. In 2006, he finished his PhD on the impact of afforestation on wetland and catchment hydrology in South African headwater catchments. Dr. Helmschrot also holds an extraordinary Professorship with the University of Stellenbosch, Faculty of AgriSciences and the Water Management Institute since 2016.  After working as a SASSCAL researcher at University of Jena until 2012, Dr. Helmschrot joined the Scientific Coordination team of the SASSCAL at University of Hamburg in 2013. Since June 2016, Dr. Helmschrot took up the position of SASSCAL’s Director of Science and Technology and Capacity Development and is in charge for implementing and coordinating the further development of the SASSCAL research and capacity development agenda as well as the establishment of the Open Access Data Centre. He is also in charge for the successful implementation of collaborative research projects funded through e.g. AU GMES Africa, EU H2020, BMBF, World Bank and ARC.

In his scientific career, he coordinated and was involved in more than 40 research projects with focus on IWRM, global and climate change impact modelling and assessment, catchment hydrology, irrigation hydrology, wetland functioning and salinity in Africa (South Africa, Namibia, Angola, Zambia, Botswana, Burkina Faso, Togo, Benin), USA, Australia, Turkey and Germany. His scientific work and outcomes are reflected in more than 90 scientific publications and more than 180 scientific talks. 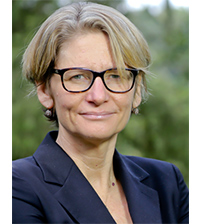 Elizabeth Marincola is a longtime leader of science publishing, advocacy, education, communication and policy. She is Senior Advisor for Communications and Advocacy at the African Academy of Sciences, a pan-African organization dedicated to the advancement of quality science across the Continent. At AAS, she is leading the development and launch of AAS Open Research, an innovative, transparent publishing platform. Marincola prior served as CEO of PLOS, publisher of the world’s largest open access journal. She was President of the Society for Science & the Public, Publisher of Science News, and Executive Director of the American Society for Cell Biology. She has served on multiple national and international advisory committees and boards, including the Board of Directors of eLife and the Strategic Planning Committee for the NIH National Library of Medicine. Marincola received the (U.S.) Presidential Award for Excellence in Science, Mathematics and Engineering Mentoring, and currently serves on the Advisory Board of the Johns Hopkins Center for Humanitarian Health. She received her A.B. from Stanford University and MBA from Stanford University Graduate School of Business. 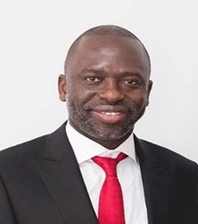 Tshilidzi Marwala is the Vice-Chancellor and Principal of the University of Johannesburg. Previously, he was the Deputy Vice-Chancellor for Research and Internationalization and the Executive Dean of the Faculty of Engineering and the Built Environment both at the University of Johannesburg.  He progressively held the positions of Associate Professor, Full Professor, the Carl and Emily Fuchs Chair of Systems and Control Engineering as well as the SARChI Chair of Systems Engineering at the Department of Electrical and Information Engineering at the University of the Witwatersrand. Before then, he was the Executive Assistant to the technical director at South African Breweries and a post-doctoral research associate at the Imperial College (then University of London). He holds a Bachelor of Science in Mechanical Engineering (magna cum laude) from Case Western Reserve University (USA) in 1995, a Master of Mechanical Engineering from the University of Pretoria in 1997 and a PhD specializing in Artificial Intelligence and Engineering from the University of Cambridge in 2000. Tshilidzi is a registered professional engineer, a Fellow of TWAS (The World Academy of Sciences), the Academy of Science of South Africa, the African Academy of Sciences and the South African Academy of Engineering. He is a Senior Member of the IEEE (Institute of Electrical and Electronics Engineering) and a distinguished member of the ACM (Association for Computing Machinery). His research interests are multi-disciplinary and include the theory and application of artificial intelligence to engineering, computer science, finance, social science and medicine. He has supervised 47 Master’s and 28 Doctoral students to completion. He has published 13 books in artificial intelligence, one of these has been translated into Chinese, over 300 papers in journals, proceedings, book chapters and magazines and holds four patents. He is an associate editor of the International Journal of Systems Science. His writings and opinions have appeared in the magazines New Scientist, The Economist and Time Magazine. 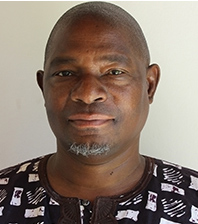 Professor Materechera is the Director of the Indigenous Knowledge Systems Center at the Mafikeng campus of the North West University. He oversees the teaching and research activities of IKS at the University and is involved in supervision and mentoring of postgraduate students. His career has involved networking activities that led to setting up of collaborations with peers, organizations and institutions involved with research, teaching and learning, and, community engagement. Professor Materechera has published widely including book chapters, conference presentations, monographs, commissioned research reports and peer-reviewed journal articles. He serves on the editorial boards of a number of journals. 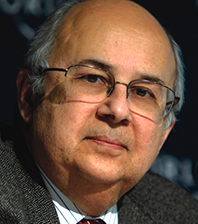 Ismail Serageldin, Founding Director of the Bibliotheca Alexandrina (BA) , the new Library of Alexandria, inaugurated in 2002, is currently, Emeritus Librarian, and member of the Board of Trustees of the Library of Alexandria. He is advisor to the Egyptian Prime Minister in matters concerning culture, science, and museums. He serves as Chair and Member of a number of advisory committees for academic, research, scientific and international institutions, including as co-Chair of the Nizami Ganjavi International Center (NGIC), and serves on the Advisory Committee of the World Social Science Report for 2013 and 2016, as well as the UNESCO-supported World Water Scenarios (2013) and the executive council of the Encyclopedia of Life (2010) and Chairs the Executive Council of the World Digital Library (2010).  He has held many international positions including as Vice President of the World Bank (1993–2000). He also co-chaired the African Union’s high level panel for Biotechnology (2006) and again for Science, Technology and Innovation (STI) in 2012-2013, and was a member of the ICANN Panel for the review of the internet future (2013).