Meredith Goins joined World Data System in November 2021. As the head of the WDS International Program Office (WDS-IPO), her responsibilities include coordinating WDS operations and implementing the decisions of the WDS Scientific Committee, including supporting the biennial WDS Conference (SciDataCon), the WDS Members’ Forum, and outreach and promotional activities. As of 31 March 2021, the IPO is based in Knoxville, Tennessee, and hosted and financially supported by the University of Tennessee Oak Ridge Innovation Institute (UT@ORII).  She has 20 years of experience leading medical and special libraries after earning an M.S. degree in information science from the University of Tennessee, Knoxville, and a B.A from East Carolina University in communications. She is a lecturer at the University of Tennessee, Knoxville’s School of Information Science, and her research areas of interest include scholarly communication, specifically peer reviews in open science.  Meredith a member of the American Library Association and the American Geophysical Union and serves as a reviewer for Information Technology and Libraries and Library Leadership and Management.

Myung-seok Choi received the Ph.D. degree in Computer Science from Korea Advanced Institute of Science and Technology (KAIST), South Korea, in 2005. Since 2005, he has been working as a senior researcher with the Korea Institute of Science and Technology Information (KISTI). He is the main contact point for CODATA Korea. His research interests include open science, open research data, research data management, and artiﬁcial intelligence. 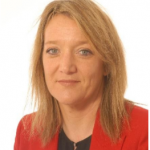 Hilary Hanahoe was appointed Secretary General of the Research Data Alliance (RDA) in February 2018. Her responsibilities include leadership of RDA’s membership, effective management of the RDA organization and its legal entity (RDA Foundation), engagement with RDA funders, stakeholders and organisations, and sustainable stewardship of the dynamic, active, and high-impact community of over of over 11,000 individual members from 145 countries worldwide, together with over 60 organisational members. Hilary is responsible for the financial and organisational sustainability of RDA on an international level and is the CEO of the RDA Foundation offices (Global and Europe). She works closely with the RDA Council and all governance boards and members of the RDA community. She is passionate about the work of the Research Data Alliance and its vibrant, volunteer community working to enable the open sharing and reuse of data. 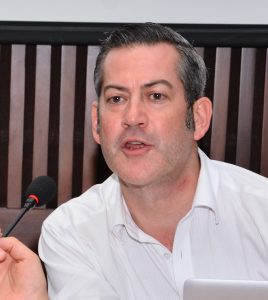 Simon Hodson has been Executive Director of CODATA since August 2013. Simon is an expert on data policy issues and research data management. He has contributed to influential reports on Current Best Practice for Research Data Management Policies and to the Science International Accord on Open Data in a Big Data World.  He chaired the European Commission’s Expert Group on FAIR Data which produced the report Turning FAIR into Reality https://doi.org/10.2777/1524. He is currently vice-chair of the UNESCO Open Science Advisory Committee, tasked with drafting the UNESCO Recommendation on Open Science, which is intended for adoption in November 2021. As a significant part of his CODATA role, Simon is tasked with preparing a major ISC and CODATA Decadal Programme on ‘Making Data Work for Cross-Domain Grand Challenges’, which will improve the coordination of specifications for data integration and interoperability for interdisciplinary research.  Simon also contributes to the coordination of the CODATA Data Policy Committee. 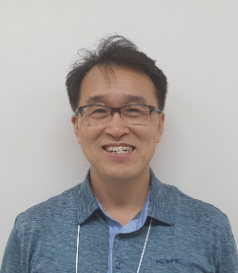 Sanghwan Lee received the M.S. degree in software engineering from Korea University, in 2004. Since 1995, he has been with the Korea Institute of Science and Technology Information (KISTI), South Korea. He is currently the principal researcher of the Research Data Sharing Center, KISTI. His research interests include big data analysis, large research data, data governance, data ecosystems, and artificial intelligence.

Dongmin Seo is a principal researcher and director of Research Data Sharing Center of Korea Institute of Science and Technology Information (KISTI) and also a professor at Dept. of Data & High Performance Computing Science at Korea University of Science and Technology (UST), Korea. He received his Ph.D. degree in Database at Chungbuk National University, Korea, in 2008. He is an executive director of Korea Contents Association and Database Society, Korea.

Wonsik “Jeff” Shim is Professor at the Department of Library and Information Science/Data Science at Sungkyunkwan University, Seoul, Korea. Shim received his doctorate from Rutgers University in 1999. He taught at Florida State University’s iSchool between 1999 and 2004. His areas of interest include scholarly communication innovations, data management and curation. He is serving as the chair of ISO TC 46/SC 8 (Information and documentation – Quality – Statistics and performance and evaluation). 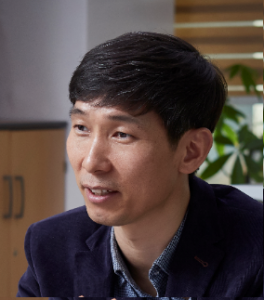